From his glittering palace in Madrid, devout King Phillip II of Spain has begun planning a great Armada, which will soon be built to invade his hated enemy, Protestant England.

He plans to fund his great enterprise using the riches torn from the dank and dripping mines of his New World colonies.

Aboard the English privateer, Sea Hawk, assisted by a cut-throat crew recruited from the dark, smoke-filled taverns of Plymouth harbour, Sir Richard and his servant Quinn prowl the lonely waters off the South American coastline. Their young Queen, Elizabeth the first, has secretly issued Richard with a Letter of Marque; a Royal licence to wage war against the Spanish, and their heavily laden treasure convoys, loaded down with gold, which sail for Spain from the New World’s Yucatan Peninsula.

Danger lurks everywhere for the English seamen, but not just from the Spanish. Forced ashore, Richard and his men find horror awaits them in the steaming jungle, close to the city of Veracruz. Unknown to Sir Richard or Quinn, someone is also planning treachery and murder below decks, aboard the Sea Hawk.

As the story unfolds, Sir Richard must face an old enemy. Will he find peace and an end to the bitter feud, which began on the blood-soaked walls of Malta? 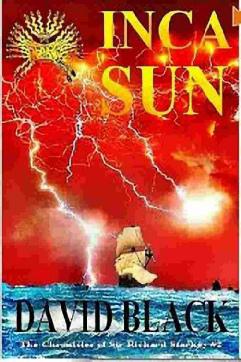