A short story of the Great War by David Black

In 1916, the war on the Western Front was locked in stalemate. British soldiers, covered in blood-sucking lice, battled with their hated German foe in a sea of mud-filled shell craters and from shattered, rat-infested trenches. Causality figures, already appalling, were becoming  even heavier as another frigid winter approached the front line.

Sometimes, surrounded by horror and tragedy men cracked, but then, shell-shock and traumatic combat stress were considered to be nothing but cowardice, by senior British staff officers, who commanded the British Expeditionary Force in  safety, miles behind the front.

When 18-year-old 2nd Lieutenant  Andrew Starkey was commissioned into the infantry, he crossed the Channel and joined his new battalion in Belgium. His illusions of family tradition and glory on the battlefield were quickly shattered, however, when the realities of war, and cruel circumstance  forced him into a nightmare scenario, where no British officer wanted to go. 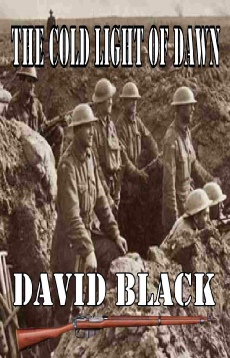