A powerful medieval tale based on the factual siege of Malta in 1565. Heroism, love and betrayal are spun into a cunning web which will keep the reader gripped from the beginning to the very end...

Far to the East across the sparkling waters of the great Mediterranean Sea, the formidable Ottoman Empire was secretly planning to add to centuries of Muslim expansion.

Soon, they would begin the invasion and conquest of Christian Europe but first the Ottoman Sultan, Suleiman the Magnificent knew he must annihilate the only Christian bastion which stood in his way; the Maltese stronghold... garrisoned and defended by the noble and devout warrior monks of the Knights of St. John of Jerusalem...

The cruel and terrible siege of Malta raged through the long hot summer of 1565, when the great Caliph unleashed an invasion force of 40,000 fanatical shock troops, intent on conquering Malta before invading poorly defended Christian Europe. A heretic English Knight - Sir Richard Starkey becomes embroiled in the bloody five-month siege which ensued, where Europe's elite nobility cast chivalry aside; no quarter asked or mercy given as rivers of Muslim and Christian blood flowed... 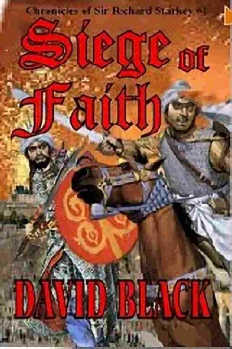